It is known as the most epic journey ever taken, and immense voyages ever since have been called Odysseys in homage to the thrilling original. Homer’s Odyssey follows the trials and tribulations of the hero Odysseus as he travels back from the war in Troy to his home on the island of Ithaca in order to be reunited with his wife Penelope and his son Telemachus. Beset by angry gods, monsters, dark storms and seductive sirens, the journey would eventually take Odysseus a decade. Yet trips around the modern-day, real-life locations of Homer’s greatest work of literature need not take so long, and many can be reached on the same trip, making it a superb themed holiday for sailors. Here is a look at a modern day voyage around some of the locations depicted in the Odyssey. 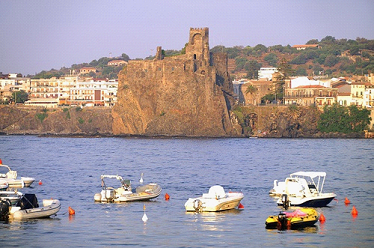 Photo by gnuckx on Flickr.com. Used under Creative Commons Licence.

The Land of the Cyclops

These fierce, one-eyed giants almost spelled the end for Odysseus and his men, until the group managed to blind their tormentor and escape. And though you will not find any giants there today, it is the Italian island of Sicily where Odysseus was thought to have encountered these gargantuan monsters. With smouldering volcanoes, sparkling Renaissance towns, Norman castles and cathedrals, and a mix of Greek, Arabic and Italian cultures pervading the air, Sicily is rightfully one of the Mediterranean’s most popular destinations. Enjoy bareboat charters across the Strait of Messina to experience this granite land mass at its best.

Known as the Land of the Phaeacians in Homer’s day, our hero Odysseus ends up on this island after his raft is wrecked in a storm. Gaining help from the Goddess Athena, and using his charm to win over the locals, Odysseus soon manages to set sail again with the help of the Phaeacian’s supreme naval skills. And you may be surprised to discover that Scheria is none other than gorgeous Corfu, just a few miles off the west coast of Greece and Albania. The island can be easily reached by boat, and there are plenty of natural harbours here in which to set anchor and enjoy evenings on land.

One of the most alluring and sensual of the locations in the Odyssey has to be Ogygia, the island that was home to the nymph Calypso. Calypso kept Odysseus detained on the island for up to seven years, before finally taking pity on her captive and setting him free. Geographers down the ages have placed Ogygia as far west as the Gulf of Mexico and as far north as Britain, but most modern day classicists agree that Ogygia is likely to be present day Gozo, in Malta. This sun-burnt land of arid sandstone and sheer cliffs is known for its stunning megalithic temples and beautiful coast-line. An ideal location for sailors, the island is just an hour or so from the Maltese capital Valletta by boat, and can be reached easily from Sicily and the Italian mainland.

There is much doubt and confusion surrounding the modern day location of Ithaca, the home town of Odysseus and his final destination. Archaeologists, classical scholars and amateur treasure hunters have long tried to pin down one spot or the other, yet no one has conclusively found the location as of writing. The leading contender is, of course, the Ionian island named Ithaca, lying not far from the Greek mainland. This island is full of abundant olive groves, rocky outcrops, sheltered harbours perfect for finding boat charters, and a vibrant yet traditional air. Despite the name, however, the geography of contemporary Ithaca just doesn’t fit with Homeric descriptions of the island. So perhaps your best bet is just to sail around the Greek seas in the hope that you find your own little piece of paradise to name Ithaca.

John has written on sea-faring topics as diverse as how to find the cheapest boat charters in New Zealand and how to choose the right yacht for your budget.